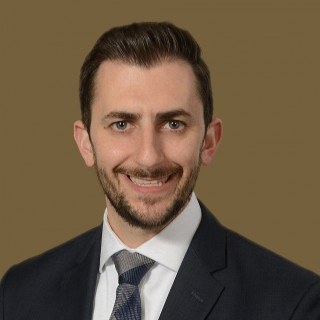 In 2007, Mr. Rosenthal graduated with honors from Rutgers College (now Rutgers University) in New Brunswick, NJ, where he received a Bachelor of Arts degree, double-majoring in Journalism and Media Studies, as well as Political Science. He received his Juris Doctor degree in 2010 from Rutgers University School of Law in Camden, NJ. Mr. Rosenthal was selected as Henry J. Raimondo Legislative Fellow with the Eagleton Institute of Politics at Rutgers University from 2008-09. While in law school, Mr. Rosenthal participated in the Hunter Moot Court competition, and was a judicial intern for the Hon. Mary Eva Colalillo, P.J., Chancery, in the New Jersey Superior Court in Camden, NJ.

Before joining the law firm of Petro Cohen, Mr. Rosenthal worked for a mid-sized law firm and then a large national law firm, where his workers’ compensation practice focused on representing employers and insurance companies. Mr. Rosenthal uses his knowledge of how employers and insurance companies operate and defend workers’ compensation claims to the benefit of his clients. He enjoys helping hardworking people and making a difference in their lives. He is always available to his clients, and takes great pride in making sure that all clients’ needs are addressed during the litigation process.

He is admitted to the bars of New Jersey and Pennsylvania, as well as the district court for the District of New Jersey.

Blog
Do You Suffer From Shoulder Pain? It Might Be a WEAR and TEAR™ Workers’ Comp Injury

Blog
Catastrophic Injuries In the Workplace

Blog
Can I Be Fired If I Hire an Attorney and Make a Workers’ Compensation Claim?

Blog
What Is Light Duty Work in a Workers’ Compensation Case?

Blog
What About Parking Lot Slip and Falls?

Blog
The Issue of Proof in WEAR AND TEAR Claims – Do I Have a Case?

Blog
Can You File a Workers’ Compensation Claim for Coronavirus in New Jersey?

Blog
Can I Be Terminated While Out on Workers’ Compensation?

Blog
What Are the Next Steps If Workers’ Comp Denies a Claim?

Blog
Can You Lose Your Job after a Construction Accident?

Blog
Do I Have to Report Workers’ Compensation on My Taxes?

Blog
How Does Workers’ Compensation Work?

Blog
What Are the Types of Workers’ Compensation Insurance Benefits?