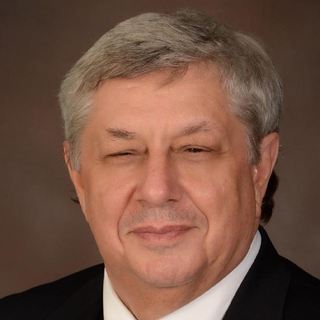 If there is a way to get your charges dismissed or reduced, I'll find it.
Badges
Claimed Lawyer ProfileSocial Media
Biography

Mr. Weisenburger's practice consists of criminal and DUI defense exclusively. He is one of a handful of Criminal Defense lawyers in Ohio to be Board Certified as a Criminal Trial Specialist by the National Board of Trial Advocacy. Why is it important? A certification is regarded as an unquestionable proof of expertise. When a Prosecutor knows that an Attorney is not afraid to go to trial, he/she is more inclined to negotiate a better resolution for your case.

Mr. Weisenburger received his undergraduate degree from Kent State University and his Juris Doctorate from John Marshall College of Law in Cleveland, Ohio. He was admitted to the practice of law in Ohio in 1981. His legal career began with 3 years service as a municipal court prosecutor. He received his prosecutorial training in 1981 at Northwestern University School of Law in Chicago, Illinois.

Since leaving the prosecutor’s office over twenty years ago, he has continued practicing in the field of criminal law. His broad litigation experience ranges from misdemeanors such as theft, drug possession, domestic violence and DUI cases, to the most serious felonies including felony DUI cases, embezzlement, drug trafficking, child pornography, burglary, murder, vehicular homicide, rape and much more.

Attorney Weisenburger is a strong and experienced advocate that leaves no stone unturned, and nothing to chance. He is well known as a tough opponent in the courtroom. His knowledge of the local court systems and the proximity of his offices to the courts allow him to react to most unexpected situations arising from criminal cases quickly and effectively.

Whether you want to go to trial or negotiate the best possible outcome, Attorney Weisenburger is committed to helping you prevail.

Contact our attorneys at Weisenburger Law Offices at 330-296-8000 and 330-686-2890 , for a free consultation with a criminal or family lawyer or for wills and estate planning. http://www.ohiocrimelawyer.com

The consequences of a domestic violence charges in Ohio.

Drug trafficking: don't take chances with an inexperienced attorney. A conviction will follow you for years to come.

Miranda rights: know your rights, what to do and what not to do in case of police arrest