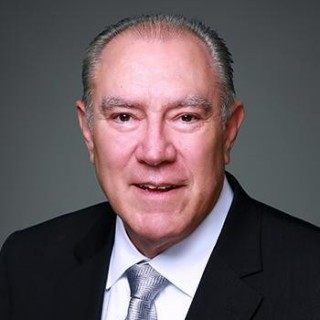 Dan is a graduate of the University of Illinois at Urbana Champaign, with a Bachelor of Arts degree in Speech Communications and minors in Mathematics and Political Science.

Dan is a 1979 graduate of IIT/Chicago Kent College of Law earning a Juris Doctor degree and a Bar and Gavel Award. Dan was admitted to the bar in 1979 and has been a practicing attorney in Naperville ever since.

Dan is a member of the Illinois and Dupage County Bar associations. He is a current member of the DuPage County Real Estate Law Committee and the Trusts and Estate Planning Committee. His practice concentrates on Residential and Commercial Real Estate, Trusts, Wills, Probate and Small to Medium Corporations.

He is currently a three term board member of the Illinois Real Estate Lawyers Association, and was instrumental in the drafting and review of the Multi-Board Contract currently in use.

He lives in Naperville with his wife Debbie (who is also a lawyer and has been known to cover closings for him from time to time). He has three boys, the youngest of which is attorney Chris Collander.

He is an avid White Sox fan and would rather be golfing.

Attorney at Law since 1979
Current

Kent Bar and Gavel Award - Outstanding service to students, the school and the legal community
IIT/Chicago