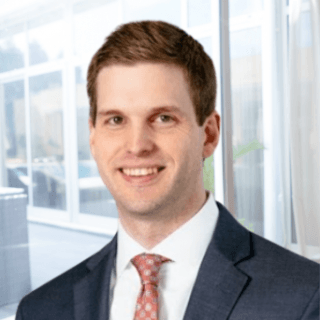 Craig Glenn is an associate attorney at GriffithLaw focusing on personal injury litigation. Craig received his Bachelor of Science in Criminal Justice at the University of Alabama in 2007. Upon his return to Tennessee, he received his law degree from the Nashville School of Law in 2012. Throughout his career, he has represented injured clients in state and federal courts as well as several other jurisdictions outside the State of Tennessee.

Craig joined the firm in 2020. Since he was admitted to the Tennessee Bar in 2012, Craig has dedicated his practice to representing people who are victims of others’ negligence.

Raised in Tennessee, Craig is the twin son of a pastor and nurse. He attended the Nashville School of Law which enabled him to work in a full-service law firm until graduation. Following graduation, he worked for two small personal injury firms and was responsible for handling cases at both trial and appellate levels.

Outside of work, Craig enjoys spending time with his wife and two children. He is an active member of Brentwood Baptist Church where he serves as a co-leader for the Firm Foundations LifeGroup. He is a past member of the Board of Directors for the Homeowners Association in Lennox Village and currently serves on the Advisory Board for High Hopes Development Center. He is an avid sports fan and golfer.

Tennessee
Board of Professional Responsibility of the Supreme Court of Tennessee
ID Number: 031439
Since 2012