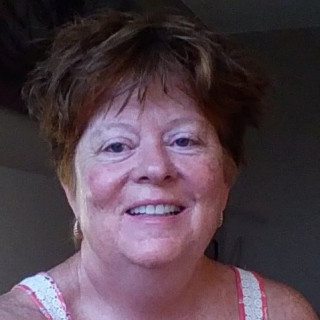 I am a native Houstonian, once again living on the Gulf Coast of Texas.
I was educated at two private universities: the University of St. Thomas, Houston, Texas and The School of Law, Southern Methodist University nka SMU Dedman School of Law.

After graduation from law school in 1984, I practiced in the Dallas area for ten years, returning to the Houston area in 1994. Residing in Fort Bend County, I managed the litigation department for the Houston office of Heard Goggan Blair and Williams for three years.

I returned to practice as a solo practitioner in Fort Bend County, Texas in 1998 opening her present office in Richmond in a wonderful old house just across the street from the courthouse complex off of Jackson Street. Although the courthouse complex has moved to the new Fort Bend Justice Center, my office is still conveniently located one mile away. I have 35 years experience being in the courtroom. I have practiced in many areas but my state court work is mostly criminal & juvenile law, probate, CPS and amicus work.

I studied languages at university and I remain fluent and literate in the French and Spanish languages. As a result of her background and her language skills, she represents many non-English speaking clients.

After 32 years of practicing law, I became a trained in mediator and began offering mediation in a variety of cases, in both English and in Spanish.

I work extensively with Chapter 7 Bankrutpcy cases in the US Southern District of Texas. People of all walks of life, have a need for debt relief given the right circumstances. Talking with them directly and being able to empathize with their circumstances while helping them seek relief, is very satisfying.

US Southern District of Texas
Since 2004

Owner, Attorney and Mediator
Corinna Steele, Attorney at Law & Mediator
1998 - Current
I returned to private practice after a ten year affiliation with a law firm. I have practiced in Fort Bend County and in the US Southern District of Texas since 1998.

Attorney assigned to Blair, Goggan Sampson & Meeks, Dallas Office
Robinson & West
1991 - 1994
I was retained by the firm to be placed in a full time position as a sub-contractor in an ad valorem tax collection firm in Dallas, Texas

Attorney
Harry J. Joe & Associates
1984 - 1985
I worked in this immigration and naturalization firm until it merged with a larger firm. I worked in every aspect of representing persons seeking documentation for US entry, stays or permanent residence/ citizenship. Assisted in civil litigation matters.