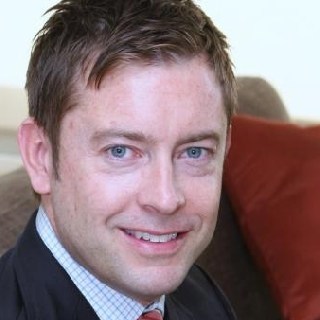 Conal Doyle is known as a passionate advocate for those members of society that need representation the most. He represents plaintiffs in trial and appellate courts in a broad range of civil litigation. Mr. Doyle has tried cases to jury verdict in state and federal trial courts and argued before the United States Supreme Court and Ninth Circuit Court of Appeals. His verdict in Castaneda v. State of California was named as one of 2010's Top 10 Verdicts by Impact in California by the Daily Journal, California's daily legal newspaper.

Mr. Doyle has been named one of the Top 100 Trial Lawyers in California by the American Trial Lawyers Association for 2009 and 2010. The Daily Journal, CaliforniaÃ¢s daily legal newspaper, has also recognized him as one of the Top 20 Lawyers Under 40 in California for 2010. Northern California Super Lawyers has recognized him as a Rising Star, a designation achieved by only 2.5% of California attorneys. Mr. Doyle holds an AV Peer Review Rating from Martindale-Hubbell. An AV rating is the highest rating available from Martindale-Hubbell to rate lawyers ethics and legal ability and reflects the confidential opinions of members of the Bar and the Judiciary.

In prosecuting claims on behalf of those who have suffered injury and civil rights violations, Mr. Doyle draws on his extensive experience defending large corporations, governmental entities and officials, and insurance companies to ensure full and fair compensation for his clients. At age 27, Conal won his first federal jury trial in a civil rights excessive force case, and by age 31 was lead trial counsel of an eleven hundred member law enforcement agency, where he litigated civil rights, torts, class actions, and employment cases.

Mr. Doyle is a frequent lecturer and author on the topics of civil trial practice, civil rights, and personal injury litigation at law schools, Continuing Legal Education seminars, and the FBI NAA National Convention, where he has been recognized as an expert in civil rights litigation. He has also been quoted and featured frequently in national newspapers, radio, and television regarding constitutional law issues and civil rights.

Mr. Doyle received his law degree cum laude from Florida State University College of Law in 1997, where he received book awards for the highest grade in Trial Practice and Litigation Seminar and was awarded a coveted scholarship and internship with the Florida House of Representatives. He completed his first year of law school at Stetson University College of Law in St. Petersburg, Florida where he was awarded West's Outstanding Scholar Award as Stetson's top ranked first year law student. He also received book awards in Torts, Civil Procedure, and Criminal Law while at Stetson. In his final year of law school, he received the Florida Bar Young Lawyers Division Scholarship, presented to only ten law students throughout the entire State of Florida. He received his undergraduate degree in Management and Psychology from Eckerd College in St. Petersburg, Florida.

Mr. Doyle is a right leg amputee. He is an avid alpine skier and has competed in Giant Slalom and Slalom alpine races against the best disabled athletes in the world, including the U.S. Ski Team, Canadian Ski Team, and Australian Ski Team. He is a former member of the Board of Directors (1998-2002) of Self-Reliance, Inc. and is active in community efforts to improve the lifestyles of Americans with disabilities. He regularly draws on his unique life experiences in representing clients who have sustained significant injuries or have suffered discrimination due to their disabilities.

Glimpsing the Future for An Amputee
Trial Magazine, AAJ, May 2008

Cruel and Unusual: How the Ninth Circuit Changed the Landscape of Bivens Litigation Under the Eighth Amendment
AAJ Civil Rights Section Newsletter, Winter 2009

District of Columbia
Since 2006