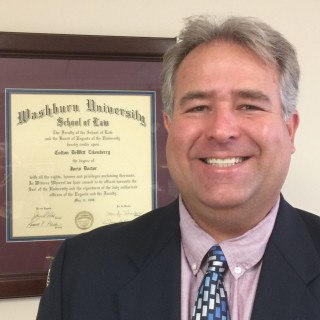 Colton graduated from Kansas State University (1993) with BS in History. He then attended Washburn University School of Law in Topeka, KS and earned a Juris Doctorate (1996). After graduation, Colton moved to Scott City, KS where he opened a solo practice and remained until 2017 serving the counties of Scott, Lane, Wichita, Finney, Wallace, Greeley, Kearney, Logan, Thomas, Grant, Ford, Ness and Gove. He has also served on the Bench as the City Judge in Scott City for 10 years. In 2017, Colton began his practice in Hays. KS serving the entire Western half of Kansas. He remains as the sitting City Judge for Scott City.