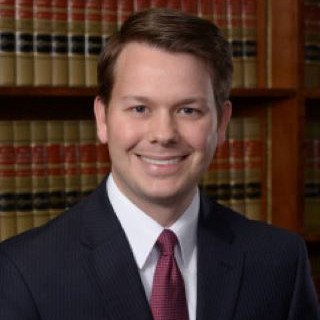 Cliff Whitehead is an associate with the firm who focuses his practice on Litigation in local and federal trial courts. He routinely advises clients in all phases of their businesses, including start-up, contract formation, and employer-employee relations, and in disputes involving commercial law (contracts, breach of fiduciary duty, business torts) and employment matters (discrimination, FMLA, harassment, ADA). Cliff also represents multiple government entities, including the City of Evansville and the Warrick County Council. In 2014, Cliff was recognized as an “Up and Coming Lawyer” by the Indiana Lawyer. Born in Evansville, Indiana, Cliff earned his B.A. in Political Sciences and Philosophy from Boston University in 2006, where he was a staff writer for the Boston University Daily Free Press, member of the debate team and Boston University Club Tennis Champion. Cliff received his law decree, cum laude, from the Indiana University Robert H. McKinney School of Law, Indianapolis in 2009. While receiving his law degree, Cliff worked at the Marion County Prosecutor’s Office and was honored with the Norman Lefstein Award of Excellence for committing more than 250 hours of pro bono work. Cliff was also a part of the law school’s Street Law Program, during which he taught constitutional law at a local high school. Prior to joining the firm, Cliff served as Assistant Corporation Counsel for the city of Indianapolis where he defended the city in a wide array of litigation matters, including employment, civil rights, personal injury and education actions before state and federal courts. He also served as a Deputy Prosecuting Attorney for Marion County, Indiana, prosecuting misdemeanor and felony crimes and lead counsel for numerous jury and bench trials.