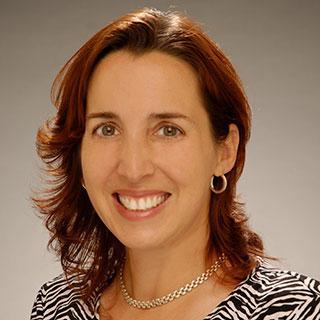 Clare Hanusz founded Aloha Immigration in June 2017, after working with the Immigration Practice Group at Damon Key Leong Kupchak Hastert in an Of Counsel affiliation since October 2013.

Born and raised in Toledo, Ohio, Clare has lived in Honolulu since 1995 (with an 18-month move to Melbourne, Australia from 2012-2013). After graduating from Ohio University’s Honors Tutorial College in 1991 she moved to Arizona worked for the Valley Religious Task Force on Central America, advocating for immigrants and more just U.S. foreign policies. The opportunity to meet and work with refugees and their attorneys in Arizona propelled Clare to pursue a career in immigration law, and she enrolled in the University of Hawaii’s William S. Richardson School of Law in 1996.

After graduating from law school in 1999, Clare worked at Na Loio heading up a Neighbor Island immigration project to bring legal services to immigrants in rural and isolated communities. She also worked for a two Honolulu law firms and had a solo practice under the Law Office of Clare Hanusz.

Clare has represented hundreds of individuals before the immigration court, the Board of Immigration Appeals, the Ninth Circuit Court of Appeals and U.S. Citizenship and Immigration Services. She has assisted clients with naturalization, adjustment of status (“Green Cards”), U visas (for immigrant victims of certain serious crimes) and T visas for victims of human trafficking, as well as consular processing, waivers of inadmissibility, asylum, special immigrant juvenile status, employment based and religious worker visas and options for immigrant survivors of domestic violence.

The 9th Circuit has dealt another blow to the Trump Travel Ban, and the case is almost sure to go to the Supreme Court. What does this mean to travelers...

Clare joins Carl Campagna to discuss what the Trump administration's immigration policy will mean for Hawaii.

For nearly 10 years, Tania Venegas has been trying to make her case to stay in the country. Then Clare Hanusz and Aloha Immigration stepped in.

Clare tells the powerful story of one of her clients, Antonio, during the The New Sanctuary Movement panel discussion on May 15, 2017

Q. What happens if you're an undocumented immigrant (parents brought you over as a child) and your country of origin
August 1, 2017
A: Hello, The answer to your question depends in part on what country you are from and what year you arrived. It's very fact specific, and you'd need to provide more facts for a proper evaluation. Best, Clare Hanusz