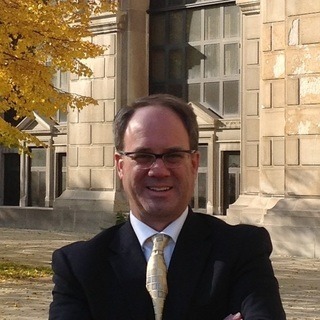 Christopher T. Froelich was raised in Green Bay attending Abbot Pennings High School. He attended St. Norbert College in De Pere, Wisconsin and graduated in 1987 with a major in Accounting and Business Administration. Christopher worked at Ft. Howard Paper Company in the internal auditing department and cost accounting departments prior to earning his law degree. He gained experience in the business world where he was able to apply his real world experience to various legal situations. Christopher graduated in 1990 from the Thomas M. Cooley Law School in Lansing, Michigan. He was the managing attorney for a women’s domestic violence agency in Superior, Wisconsin, from 1991 through March 1994 where he represented women in divorce actions, contested custody and child support matters before coming back home to Green Bay to start his private practice. Attorney Froelich is an experienced and accomplished Trial Attorney and Litigator who has represented numerous citizens throughout the State of Wisconsin. Attorney Froelich has received several successful jury verdicts where his clients have been acquitted of serious felony criminal charges. His representation and legal expertise allows him to be able to pinpoint the legal problems and apply available legal defenses before finding the right legal solution which brings justice and fairness to the clients he serves. Attorney Froelich is dedicated to the cause of justice and he works hard to protect his client’s rights. He is an effective communicator and litigator who can make a difference to those in need of his legal skills and legal experience in the courtroom. Mr. Froelich is also a soccer coach for the Howard - Suamico United Soccer Association and is active in the community. Christopher has served as a board member on the Brown County Library Board before his 3-year term expired. He is an avid hunter, sportsman and enjoys being around people. Both he and his wife, Jennifer, are working parents who