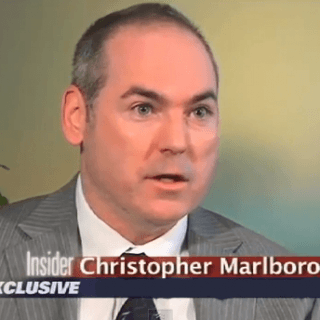 Christopher Marlborough is the founder of the Marlborough Law Firm. He is passionate about representing workers on wage theft issues.
Chris earned an undergraduate graduate degree from State University of New York at Purchase from which he graduated magna cum laude. He earned a juris doctor degree from Brooklyn Law School, from which he also graduated magna cum laude.
Chris has been practicing in litigation since 2004 and has concentrated his practice on complex class and collective action cases since 2007. In both 2013 and 2014, Chris was selected by his peers and experts in the field as one of SuperLawyers Magazine's Rising Stars in the New York Metropolitan area. From 2015 through 2020, he was selected to the SuperLawyers list for more experienced attorneys.
Chris is a former chair and a former Vice Chair of the Nassau County Bar Association Labor and Employment Committee.
Before founding the firm, Chris worked on a number of high profile consumer fraud and wage theft cases. He was a member of the trial team that secured two jury verdicts for $37 and $50 million on behalf of a class of 150,000 Avacor users. Chris' experience in wage theft cases includes an action against Ruby Tuesday, Inc., where the court issued an order requiring that notice of the case be sent to more than 82,000 of the company's current and former bartenders, servers and food runners.
Since he founded the firm in 2013 Chris has served as Lead or Co-Lead Counsel in a number of certified class action cases. In 2020, Chris obtained court approval of a $7,140,000 settlement against the Call-A-Head port-a-potty company on behalf of its portable toilet service technicians. That same year, he obtained court approval of an $11,000,000 settlement on behalf of workers at a chain of discount stores in New York.