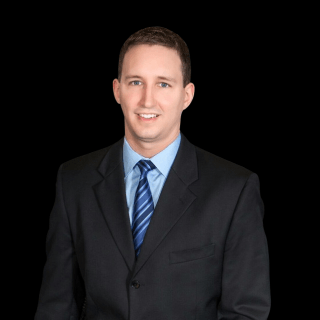 For more than a decade, Chris Cadem has concentrated his practice on litigation matters in both criminal and civil cases in State and Federal Court. His experience includes more than 100 trials and roughly a dozen appeals, including multiple petitions to the Minnesota Supreme Court. He has successfully litigated cases spanning from simple speeding tickets to first degree murder and first degree criminal sexual conduct. His civil docket includes everything from contract disputes to complex multiparty, million-dollar financial matters. Chris’s clients include an Academy Award nominated actor, family members of court staff, a judge, and thousands of other Minnesotans.

Chris has been widely recognized by his peers for his experience and professionalism. He was named an “Up & Coming Attorney” by Minnesota Lawyer magazine, “Rising Star” by Minnesota Super Lawyers magazine, repeatedly named a “North Star Lawyer” by the Minnesota State Bar Association, repeatedly named in the “Top 100” criminal defense attorneys by the National Trial Lawyer Association, and has received Avvo.com’s highest distinction as a “Superb Attorney 10 out of 10”

Chris received his Bachelor of Arts degree in both political science and psychology from the University of Minnesota Morris with Highest Distinction, where he was honored with the prestigious Scholar of the College Award and the Gieske Academic Award. He was also a Phi Kappa Phi honorary and presented independent research on the impact of social identity on voting behavior at the University of Minnesota Research Symposium and at the National Conference on Undergraduate Research in Louisville, Kentucky.

Up & Coming Attorney
Minnesota Laywers Magazine
2015
Each year Minnesota Lawyer magazine recognizes a small group of new attorneys “off to a fast start in their legal career.” The Up & Coming Attorney recognition highlights those lawyers within their first 10 years of practice who have already distinguished themselves by their achievements.

Advice for New Attorneys, Minnesota CLE, Minneapolis
January 29, 2016
Minnesota CLE
Christopher Cadem was a guest speaker at Minnesota CLE's 2016 New Lawyer Experience. His advice to new lawyers included an emphasis on relationships with other attorneys, interviewing, and how to maintain a successful career through strong advocacy and compassionate representation of clients.