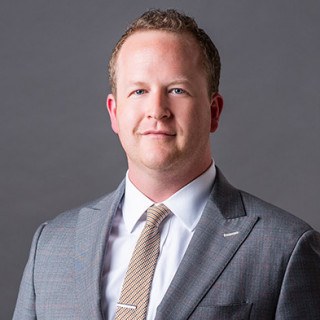 Chris is a lifelong resident of Birmingham. He graduated from Birmingham-Southern College in 2008 with a degree in English. During his time at Birmingham-Southern he was a member of Theta Chi Fraternity and earned the Robert Hewlin-Jackson Award for Scholastic Achievement.

Chris attended Samford University’s Cumberland School of Law and graduated in 2011. During his time at Cumberland, Chris was a Senior Member of the Trial Advocacy Board. During law school, Chris was honored as a member of the Dean’s List, won numerous Dispute Resolution competitions, and received multiple Scholar of Merit Awards for Scholastic Achievement. He was also named one of the 100 Top National Trial Lawyers and a Top 40 Trial Lawyers Under 40.

After law school, Chris received his MBA from the University of Alabama at Birmingham.

Chris lives in Birmingham with his wife Lucy, their three young children, and their two tiny dogs: Nanette and Saban. He is a member of Canterbury United Methodist Church, serves on the Board of Red Mountain Theater, the Jr. Board of the Alabama and Lyric Theaters, and as a Trustee for the Daniel Foundation of Alabama.