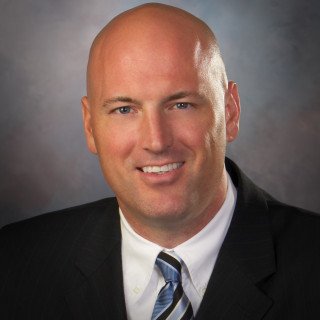 Chris has enjoyed the solo practice of law for more than 21 years. Over that span, Chris has helped thousands of clients with a variety of legal problems, including divorce, child custody, bankruptcy, personal injury settlements, paternity actions, collections matters, and many more. Chris practices in the Kansas City area serving Platte, Clay, Jackson, Buchanan and other surrounding counties. Chris resides in Platte County with his 4 children.

Growing up on corn and soybean row crop farm outside of Oregon, Missouri, Chris learned the value of hard work and small town values. A graduate of South Holt High School's Class of 1988, Chris then went on to attend college at the University of Missouri-Columbia. Upon graduating from MIZZOU in 1992 with a degree in Agricultural Journalism and a Commissioned 2nd Lieutenant in the US Army, Chris completed the Field Artillery Officer Basic Course at Ft. Sill, Oklahoma. Chris served in the Missouri Army National Guard from 1992-2000. His first assignment was as 1-129th FA Delta Battery (Truman's Own) Fire Direction Officer. Later, Chris became a Captain in the Missouri Army National Guard's Judge Advocate General Corps.

Attorney at Law
The Missouri Bar

Q. If I am still married can I switch my direct deposit and money to another account not in my wife's name/joint account?
May 23, 2019
A: It is your right to deposit your money into your own account. However, the structure of the account does not convert the funds to a non-marital asset. Your income and her income are considered marital property regardless of how the account is set up. Similar to a vehicle purchased during the marriage that is titled in an individual name rather than joint names...it is still considered a marital asset.

Q. I am wondering if it is a crime to shut off my spouses cell phone, sell the car and stop giving her an allowance
May 22, 2019
A: If it is your wife's cell phone and your wife's vehicle, then the answer would be yes it would be fraudulent as you would not have the authority to interfere with her contract with her cell phone provider or transfer legal title in her vehicle. If there is a court order requiring you to pay these items, then you could be held in contempt of court for violating the court's order. Your best bet, in my opinion, is to find a lawyer in your area and deal with these issues the appropriate way with the courts.