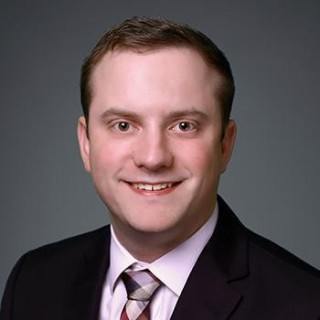 Chris graduated from the University of Tennessee – Knoxville, in 2012 with a Bachelors of Science in Education degree in Sports Management and minors in Business and Political Science.
Chris graduated from IIT Chicago-Kent College of Law in May of 2016 and sat for the Bar Examination in July of 2016. Chris was admitted to the Illinois Bar in November of 2016. During law school, Chris held several internships: one with a Civil Litigation firm in Glenview; another with the City of Naperville, where he had his 7-11 License and assisted the City Prosecutor in Traffic Court and DUI Court; and with The Law Offices of Dan M. Collander.

Chris is a member of the American, Illinois, DuPage County and Chicago Bar Associations. He is also a member of the Naperville Area Young Attorney’s Club. Since graduating from law school, Chris began working full-time with Dan Collander, focusing on Residential Real Estate, Estate Planning, Probate Court, and some Corporate work.

Chris is looking forward to joining several community organizations in Naperville and the surrounding area so that he can give back to the community in which he grew up.

He currently lives in Naperville.

Outside of work, Chris enjoys playing and watching sports, mainly golf; completing 1000-piece jigsaw puzzles and having fun with his family and friends.