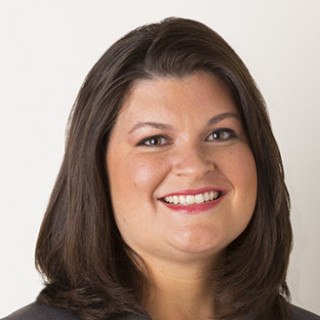 Though she has worked in many areas of law, Christine’s true passion is helping injured and disabled people. At the Deuterman Law Group, Christine handles Social Security Disability cases. Her compassionate nature combined with her legal knowledge makes this a perfect fit for Christine.

Christine graduated from the University of North Carolina at Chapel Hill in 2007 with a degree in political science and a second major in English. Throughout college, she worked in the legal field as an office assistant at several firms.

Hoping to confirm the law was her true calling, she worked for two years as a legal assistant and office manager at Poisson, Poisson & Bower in her hometown of Wilmington. There she assisted on many different types of cases – workers’ compensation, estate law, criminal defense, personal injury, family law, traffic cases and civil litigation.

She enrolled at the UNC School of Law in 2009 and earned her juris doctor in 2012. She was admitted to the N.C. State Bar later the same year.

She spent her summers working as a research assistant for a UNC professor, and also working for the U.S. Army Corps of Engineers Office of Counsel as a legal intern. She later earned a position as an American Bar Association and N.C. Bar Association Fellow in Environmental Law and was able to continue her work on a number of environmental issues, including enforcement of the Clean Water Act, with the Corps of Engineers.

Christine is of Colombian descent, and she would like to improve her knowledge of conversational Spanish so she can communicate directly with Spanish-speaking clients.