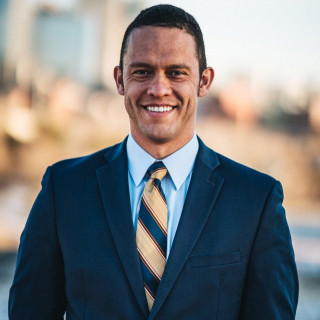 Chris is a Former Prosecutor

Chris Ponce, Esq. is an attorney licensed to practice law before all Colorado county and district courts, the Colorado Court of Appeals, and the Supreme Court of the State of Colorado. Mr. Ponce’s greatest level of experience is in criminal law, but he also handles domestic cases, personal injury, and estate planning.

Prior to joining Hampton & Pigott in January 2021, Mr. Ponce spent from 2015 to 2021 serving as a prosecuting attorney for the 19th Judicial District Attorney’s Office in Weld County, Colorado, and then at the 1st Judicial District Attorney’s Office in Jefferson County, Colorado. As a prosecutor, he has handled cases ranging from minor traffic citations all the way up to violent crimes such as first-degree murder, aggravated robbery, and sexual assault. Throughout his career as a prosecutor, he has advised local law enforcement on the legality and propriety of obtaining search and arrest warrants, productions of records, and subpoenas; he has served as the legal advisor to detectives and investigators for ongoing investigations of serious crimes; and he has trained prosecutors and police officers in the techniques of investigating and prosecuting impaired driving and related crimes. Mr. Ponce’s prosecutions have received media attention by the local as well as national news outlets. He has over 45 cases to verdict and maintains a winning record.

Mr. Ponce attended the University of Wyoming College of Law, where he obtained his juris doctorate in 2014. Prior to studying law, he attended Colorado Christian University. At CCU, he was named president of the university’s chapter of Sigma Tau Delta, an international English honor society; he completed the reserve officer’s training corps program of Colorado University; and he graduated in 2011 with a bachelor’s degree in English Literature.

University of Wyoming College of Law