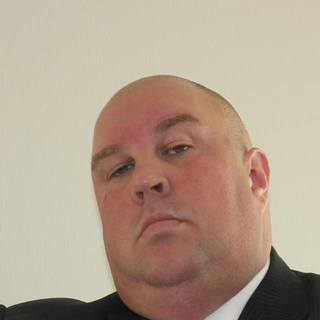 Carl is an experienced litigator. He was born and raised in Layton, Utah. He attended Weber State University, majoring in Psychology, and then later the University of Nebraska, Lincoln, where he obtained his J.D.

In law school Carl found his passion for litigation and excelled in trial advocacy obtaining the highest grade in trial ad and the CALI award in advanced trial advocacy. In addition, he successfully completed the Litigation Skills Program of Concentrated study, with a criminal emphasis.

After graduation, he moved to Lexington, Nebraska where he successfully prosecuted hundreds of Driving Under the Influence (DUI) cases, at both the misdemeanor and felony levels, handling countless Motions to Suppress along with both bench and jury trials; Carl boasts having never lost a DUI bench or jury trial. In addition to learning to be the most effective and persuasive in the courtroom, Carl dedicated himself to gaining as much knowledge as possible on DUI. To that end, he went on numerous ride-a-longs, which provided him with a unique understanding of DUI enforcement in the field. Also, he became qualified to administer the Standardized Field Sobriety Tests (SFST) and successfully completed the SFST instructor course; qualifying him to teach and evaluate law enforcement on proper SFST administration.

In addition to being knowledgeable and experienced as a SFST instructor, Carl Anderson, although he is not certified as a Drug Recognition Expert (DRE), attended several law enforcement refresher trainings and has handled several cases involving DRE. This has given him the added expertise to competently defend against DUI drug charges.

Carl uses his love of litigation, his understanding of courtroom decorum, his knowledge of trial advocacy, his attention to detail and commitment to excellence, and most importantly his unique experience and training to ensure that all of his clients, from bankruptcy, to divorce, to criminal law, get the best possible result.

Deputy County Attorney
Dawson County Attorneys Office
2007 - 2011
I prosecuted all types of criminal cases. However, the majority where DUI cases. In addition, I became NHTSA qualified as a SFST instructor. I also went on numerous ride-a-longs with DUI enforcement law officers.

Q. If you are extradited from one state to another one do you have to do probation still in the first state
January 13, 2015
A: When you were extradited, California relinquished their right to hold you, but they did not relinquish their right to supervise you. If your sentence included a term of probation or if a condition of your release was parole, then California has the right to supervise and can issue a bench warrant for your failure to comply with that supervision. However, you should contact an attorney in order to determine if California would agree to allow you to comply with probation in Utah or if they would allow whatever you did in Utah to satisfy the requirements of California.