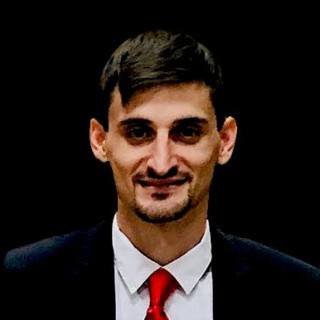 Carl G. Hawkins is the Managing Attorney of the Law Offices of Carl G. Hawkins, which has offices in Jacksonville, Florida. Mr. Hawkins practices international and corporate transactional law, securities law, intellectual property law, employment law, lien law, and business law. He has worked extensively in worldwide protection of trademarks and copyrights where he has worked with the United States Patent and Trademark Office (USPTO), the World Intellectual Property Organization (WIPO), the European Intellectual Property Organization (EUIPO). He serves as corporate counsel for several publicly traded and privately organized companies. Mr. Hawkins has compiled a repertoire of documents he has filed with the Securities and Exchange Commission (SEC) and the Financial Industry Regulatory Authority (FINRA). As a sports enthusiast and a former semi-professional football player, Mr. Hawkins worked on contemplating standards and policies and conducted reviews for the National Football League Players Association dealing with the concussion protocol settlement and disbursements for retired NFL players.

Born in Athens, Greece, the son of a United States Air Force member, he is a graduate of the University of South Florida (B.A., 2013) and Florida Coastal School of Law (J.D., 2017). Mr. Hawkins obtained his Business Certificate through FCSL in 2016 and received the CALI Excellence of the Future Award in Intellectual Property. For several years prior to entering law school, Mr. Hawkins was an instrumental component of the family business, working with clients such as Electronic Arts, Blizzard Entertainment, Konami, Bethesda, CBS, and Showtime.

Q. Do I need to pay to research a copyright where one is claimed but cannot be found in US Copyright Offices online search?
February 27, 2020
A: It’s technically infringement because copyright protection begins when you put pen to paper. However, you must prove that you created the work in the first place. That might be tough to do in your predicament. Always a good idea to register your works with the copyright office, and always use an experienced IP attorney to do so. Hope this helps, Carl G. Hawkins Jacksonville Legal Team®️

Q. Is this still copyright infringement?
February 27, 2020
A: If the time and labor is used for purposes of distributing the protected work, your best bet is to get permission. Getting permission is actually easier than you may think. With that being said, speak to a licensed IP attorney to get more intricate advice about your situation.

Q. Have a question about cryptocurrency.
February 25, 2020
A: Refer to the Howey Test, which is the most prominently used characteristics applied to analyze whether a debt or equity security exists. If you are still unsure, I would recommend obtaining counsel who is familiar with securities law. Remember, securities law is a federal issue for the most part, so you don’t necessarily need to obtain counsel in your state to assist you with this matter. Also, note that blue sky laws apply if your coin is considered a security. Hope this helps, Carl G. Hawkins Jacksonville Legal Team®