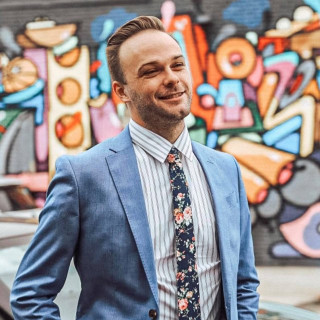 Caleb Stiles is an Oklahoma licensed attorney focusing primarily on transactional corporate law - his attention to detail, eye for research, and skill in drafting collectively and uniquely position him to help you through OMMA conformity and compliance, entity formation and structuring, and negotiation efforts both in and beyond the ever-vibrant cannabis industry.

A firm advocate for the nonprofit sector and its constituents, Caleb also found time during law school to dedicate over 250 hours of pro bono services to the legal and metro communities large, for which he was proudly distinguished with the Pro Bono Service Award in 2019.

Following his graduation and admission to the Oklahoma Bar, Caleb was offered the opportunity to individually lead and manage the legal department for a major nonprofit in the metro. For several years, he provided in-house advice and guidance, managed complex employment cases, reviewed and negotiated contracts and settlements, and led the administration of large-planned gifts left to the organization by legacy. During this time, Caleb also received his certification as a state mediator in the state of Oklahoma.

Q. Is selling cannabis seeds as souvenirs or a means to preserve genetics illegal? What about giving them away?
August 12, 2021
A: Most states regulate seeds adjacently to their actual medicinal or recreational marijuana programs. You will need to consult the agricultural laws or agencies in your state to determine whether the sale of cannabis seeds has been directly promulgated or provided for in your state. Because cannabis, in all forms, is still a federally illegal substance under the Controlled Substances Act, selling seeds online in a way that may cause the seeds to cross state lines should be avoided at this point in the industry. Consult your state's agricultural and cannabis laws to determine whether you can sell in your state, with the understanding of the still existing federal restrictions you have to keep in mind.