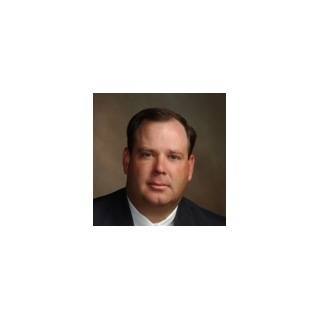 Bryan S. Brinyark was born and raised in Tuscaloosa, Alabama. He graduated from the University of Alabama in 1990 and received his Juris Doctor from the University of Alabama School of Law in 1993 where he was a member of Phi Delta Phi and the Farrah Law Society. He was admitted to the bar in 1993 and is licensed to practice in all Alabama State Courts as well as the U.S. District Courts in the Northern and Middle Districts of Alabama. Mr. Brinyark is a member of the Alabama and Tuscaloosa Bar Associations as well as the Alabama Municipal Judges Association. He served as President, Vice President and Secretary/Treasurer of the Tuscaloosa Bar Association from 2003-2005. He currently serves as a member of the Tuscaloosa County Bar Association Grievance Committee, the Alabama Black Belt Action Commission, and the Alabama Judicial Study Commission. He serves as a reserve Municipal Court Judge for the City of Tuscaloosa (2000 to present) and is the Municipal Court Judge for the City of Brent (2003 to present), for the City of Centreville (2005 to present) and for the Town of Woodstock (2015 to present). In 2009, Mr. Brinyark became a Shareholder of the firm of Rosen Harwood, P.A. where he headed the Domestic Relations practice area until he launched Brinyark & Frederick, P.C. in 2014 specializing in representing divorce clients and mediating divorce cases in West Alabama.

Q. If I create a separate bank account for my SS with only my name on the account will my spouse get after divorce
November 6, 2013
A: It depends. If the money you put in the account was martial property, the court could divide or award it to your spouse. Marital property is any property that was regularly used for the common benefit of the marriage. Contact a local attorney to assist you in your divorce.

Q. My husband filed divorce papers and has been keeping our child away from me what can I do?
November 6, 2013
A: If you have been served with the papers, check to see if the Judge has acutally issued an ex parte custody order. if so, contact your attorney and file an answer and counterclaim seeking custody. The judge will set a hearing within a couple of weeks to determine which of you should have temporary custody. If no order has been granted, you still have equal rights. Contact a local attorney to advise you on how to proceed.

Q. If I am not able to pay for the divorce can my spouse be required to pay the fee
November 6, 2013
A: It depends. Attorney's fees are awarded in the nature of alimony. So if you meet the criteria for alimony, yes the court could. It varies greatly between judges but it is possible. Contact an attorney in your county for a better idea of what to expect.