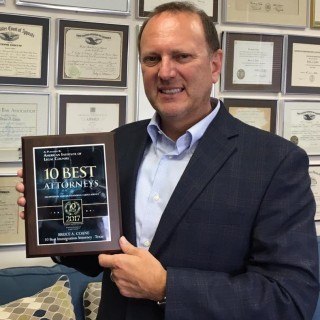 Mr. Coane received a Bachelor of Arts Degree with Honors from Penn State University in 1979. He received a Juris Doctor Degree in Law from the University of Houston in 1981, and is Board Certified in Immigration and Nationality Law by the Texas Board of Legal Specialization. He is licensed by the Supreme Court of Texas and has been admitted to practice before the United States Supreme Court, the United State Court of Appeals in Chicago, New Orleans, Philadelphia, Atlanta and San Francisco. He is also admitted to practice by the U.S. District Court for the Northern District of Florida and by the U.S. District Court for the Southern District of Texas. Professional Memberships & Affiliations: Past-President of the American Immigration Lawyers Association-Texas, New Mexico & Oklahoma Chapter. Founder and Past president of the National Employment Lawyers Association-Houston Chapter American Immigration Lawyers Association Houston Bar Association State Bar of Texas Incoming Vice President of the Miami Beach Bar Association Bar Association of the Fifth Federal Circuit Mr. Coane’s trial experience includes jury trials in both state and federal court. He has handled various types of administrative appeals and has also represented clients before the United States Supreme Court and the Supreme Court of Texas. Many of his judicial cases have been published in legal reference books and discussed in legal and professional journals. Additionally, he has been a speaker at continuing education seminars for attorneys, as well as seminars and meetings for business groups, schools and community organizations. He has appeared on various TV and radio talk shows. In his spare time, he enjoys spending time with his wife, his six children, grandchildren and friends. He is an avid fan of the Philadelphia Flyers and Penn State football, and enjoys theatre, the arts, and travel. You can reach him via email at bruce.coane@gmail.com or visit our website at http://www.coane

Immigration Office Discriminates against the Disabled?
Bruce A. Coane
July 6, 2017

In this video this Houston immigration attorney Bruce Coane, talks to a civic group of over 100 people in Houston about President Trump's executive orders on immigration. Predictions of future immigration raids, arrests, and the separation of families.

The attached video is an explanation of Senate Bill 4 (SB-4) which goes into effect in Texas on September,1 2017. This board certified immigration lawyer explains what police roles and traffic stops will look like under this new law.