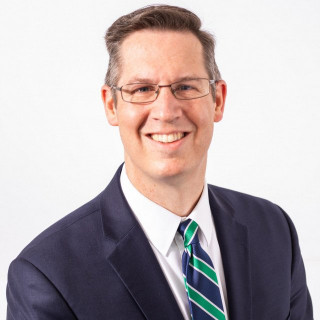 Brandon Osterbind, attorney and co-founder of Osterbind Law, PLLC, focuses exclusively on helping injured people recover their health, their dignity, and the money that their injury has cost them. Brandon has learned, through years of representing injured people in central Virginia and the greater Lynchburg area, that tragedy can strike anyone at any time, but that healing is always possible.

Brandon was born and raised in Richmond. He grew up focused on the practice of law, getting an early start by working part-time in a law office during high school. He attended Liberty University for his undergraduate degree and immediately continued on to Liberty University School of Law, where he graduated first in his class.

After law school, Brandon clerked for the Honorable William G. Petty of the Court of Appeals of Virginia. He then worked with a local small law firm, where he was quickly promoted to partner. During those years, Brandon represented a wide range of clients in a variety of different cases. Yet, Brandon found himself repeatedly drawn to cases involving personal injury. What’s more, his clients felt the same way, requesting him specifically for injury cases. As he tried those cases and honed his skills, Brandon learned the usual way to represent injured people—but he also started to learn that there could be a better way of doing things.

With Brandon’s representation, every client benefits from his extensive injury law experience, along with his dedication, professionalism, and meticulous attention to detail. He inspires mutual trust and respect both with his clients and with his colleagues at the practice.

The handling of a medical malpractice case is not for the faint of heart. It is long and hard and you need a compassionate guide right beside you. We want to sit down and explain your legal rights to you and help you through this difficult time. Give us a call or send us an email and we are happy to help you navigate the complexities of your case. Or Visit Me On The Web At: https://www.osterbindlaw.com?

Osterbind Law is a personal injury law firm. Our team is committed to helping our clients when they need it the most. This is who we are. We are passionate about people.

Every day, our experienced personal injury lawyers at Osterbind Law, PLLC help people who have been seriously injured in Central Virginia. The simple fact is that you cannot control other people who decide to act recklessly or negligently. If another person left you with injuries and medical expenses, you should consider speaking to a qualified personal injury lawyer so you can understand the process and what your legal options are so that you can regain control of your life moving forward.

Workers' Compensation Insurance companies often deny claims because they benefit from collecting premiums while paying as little as possible in claims. In other words, it is good for the bottom line. However, you have the right to medical care, to receive a portion of your income during your recovery, and the right to rehabilitation services if you are unable to perform the same work that resulted in your injury. Sometimes, the only way to get those benefits is to fight for them.

Losing a loved one to illness is hard; losing a loved one because of another’s actions or inaction is significantly more difficult. If you believe your loved one’s death is a result of negligence or a deliberate act, these are situations where you should contact a personal injury attorney immediately to find out what your rights are. Visit Me On The Web At: https://www.osterbindlaw.com?