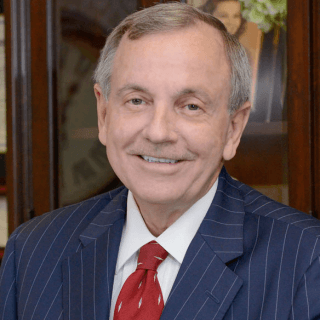 For your legal needs, you can count on us!
Badges
Claimed Lawyer ProfileBlawg SearchSocial Media
Biography

Brad Hendricks has a family tradition of dedication to the law. His father was also an attorney in Little Rock, and a former circuit judge in Pulaski County.

In 1980, the State of Arkansas called upon Brad Hendricks to bring the prison system into compliance with legal standards. The Director of the Arkansas Department of Correction vested in him the responsibility and authority to do so. This involved numerous issues in an eleven-year lawsuit, which was successfully concluded in 1982. In 1981, Brad was named Employee of the Year by the Department of Correction in recognition of his success in reforming the state's prisons. He investigated and corrected problems with security, brutality, racism, inmate discipline, and over one hundred medical, legal and administrative issues. Brad also served as Assistant Warden of the penitentiary at Wrightsville, AR.

Brad has served as an expert witness in the federal litigation which challenged conditions of confinement in the state prisons of Oklahoma, and in similar litigation in three separate Arkansas cases involving county jails.

Department of Correction Employee of the Year
State of Arkansas
1981

One of the Best Personal Injury Lawyers in Arkansas
Arkansas Times

One of the Best Medical Malpractice Lawyers in Arkansas
Arkansas Times