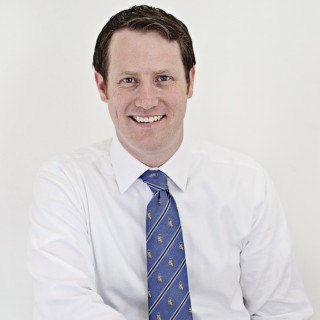 Benjamin has always stood up for what’s right – he finds real meaning in helping the good guys win! He’s always been guided by a clear sense of right and wrong, from his time in the U.S. Army to his time as a Commonwealth Attorney (prosecutor), to his current position at J. Madison PLC.
Before starting at J. Madison PLC, Benjamin worked at the Arlington Commonwealth Attorney’s Office for five years. As a Commonwealth Attorney, he helped the victims of violent, non-violent, and financial crimes find justice. He also tried hundreds of traffic cases and specialized in DUI cases. Prior to that, Benjamin worked for the Corporate Litigation Counsel for State Farm Insurance. Benjamin also worked at the Law Office of Mark S. Moeller in 2008 on civil litigation matters prior to attending law school.
In 2012, Benjamin graduated from the George Mason University School of Law, now known as the Antonin Scalia Law School in the top half of his class. While at law school, he took numerous classes on litigation and trial practice. He also participated in the Alternative Dispute Resolution Society and was part of the Federalist Society. Benjamin earned his undergraduate degree in Political Science from the University of New Hampshire, Durham, in 2007.
Not strictly a “desk guy,” Benjamin served for seven years as an enlisted member of the New Hampshire Army National Guard, from 2002 to 2009. He was deployed domestically several times for weather-related disaster relief, and he was deployed for 12 months to Afghanistan, as part of Operation Enduring Freedom. During this time, he rapidly moved up the ranks from Private E-1 to Staff Sergeant E-6, was promoted to Squad Leader, and earned several medals, including the Global War on Terror Expeditionary Medal, the Army Achievement Medal, and the Army Commendation Medal.

Enlisted Soldier
United States Army, New Hamphsire National Guard
2002 - 2009
Benjamin started his career in the Army as an Private (E-1) grade interior electrician with the 210th Engineer Detachment. He received his sergeant's stripes when he was field promoted in Afghanistan following an injury to his team leader. Shortly after returning from Afghanistan, he was promoted to Staff Sergeant and became a squad leader and general construction supervisor.

Q. Can my father's living siblings & children successfully fight for the right to properly bury my father who has no will.
September 21, 2021
A: Im sorry that you lost your father. Losing a parent at any age can be extremely difficult. I dont think there is enough information in your question to give you an answer. My best guess from reading between the lines here is that your father died outside of Virginia in a state where he was residing with his wife. If that is the case, the questions you have will depend on the law of that other state. Since you say he died without a will, you will need to look up that state's intestacy laws.