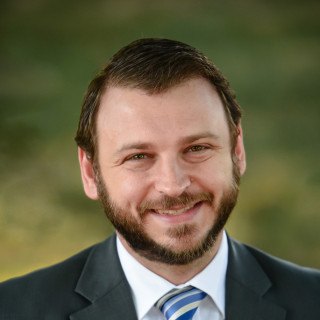 Ben Carafiol dedicates his practice to making a difference in someone's life. He has represented clients throughout Northern Virginia for the past twelve years. Former clients and other attorneys alike remark on his steady counsel and expansive knowledge. Ben has litigated, mediated, or settled every type of family law matter in Virginia. Those efforts have earned him a Superb rating from Avvo and a perfect 10.0 from Justia. He is also recognized as a Super Lawyers Rising Star, and has been every year since 2016.

Born in St. Louis, Ben attended The College of William & Mary, where he graduated cum laude. He carried this dedication to Wake Forest University, where he earned his law degree. While there, he was part of Law Review and a teaching assistant for the Legal Research and Writing class. After completing his law degree in 2008, Ben returned to Virginia and began to practice law. He soon began focusing on family law in the Fredericksburg area, where he has represented thousands of clients. He is a member of the Virginia Bar Association, the American Bar Association, and the Fredericksburg Area Bar Association.

Ben specializes in military divorce and the unique issues they present. He has represented both sides in military family law matters, mastering its statutes, rules, and regulations. That experience lets him see all the angles in these complex and intricate cases. This allows Ben to make a difference for the many people in Northern Virginia who are – or are married to – active or retired service members.

Beyond family law, Ben also helps individuals and couples in estate planning. He works with them to learn their goals and the reasons behind those goals.

With three young daughters, Ben spends his after-hours time with family. He and his wife, a high school English teacher, met while at William & Mary, and married in Wren Chapel the summer he graduated from law school.

Q. The mother has sole and legal custody of our daughter, she got it while I was on deployment. How do I change that?
March 28, 2014
A: All custody and visitation orders can be modified by the court upon a change in circumstances. If you were deployed when custody was determined, then when you return from your deployment you can ask the court to make a new custody determination that is in the best interests of your daughter. Custody and visitation matters are very fact-specific, and each case is different, so I would recommend that you speak to an attorney so he or she can gather additional information and provide you with a more detailed response.