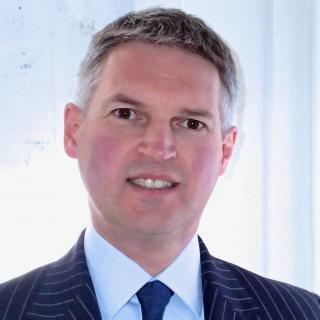 ANTONY NOBLE has been representing clients on appeal for fifteen years. He has represented clients in over five hundred appeals and postconviction proceedings, and he has had success in the Colorado Supreme Court, the Colorado Court of Appeals, the United States Court of Appeals for the Tenth Circuit, and several district and county courts throughout the state of Colorado. Antony graduated in law with honors from University College London, which has been ranked as one of the top five universities internationally. He then obtained a postgraduate diploma in legal practice from the College of Law in London. Antony is admitted to practice law in New York and Colorado. He is also admitted to practice before the United States Court of Appeals for the Tenth Circuit, and he is a member of the Tenth Circuit Criminal Justice Act Panel. Antony was a member of the Board of Directors of the Colorado Criminal Defense Bar from 2009 to 2015, and he is the chair of the CCDB's Amicus Subcommittee and serves on the Professional Development Committee. He has organized many continuing legal education programs for appellate and postconviction attorneys and he regularly teaches attorneys and paralegals at seminars and workshops on such subjects as appellate practice, postconviction proceedings, appellate brief writing, and electronic appellate briefs and records. Antony has been given an AV Preeminent Peer Review Rating (5.0 out of 5.0) in criminal law, appellate practice, and general practice by Martindale-Hubbell® and an Avvo Rating of 10.0 out of 10.0. He is also a recipient of the 2010 Gideon Award and he was selected for inclusion in the Rising Stars section of Colorado Super Lawyers® 2010 and 2011 under the practice area of appellate law.

Who's Who in American Law
Marquis
2018

He Found Himself in a Hot Court
The Docket
2002