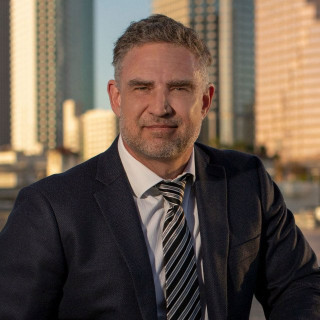 Anton Hopen is an Honors College graduate of the University of South Florida in Interdisciplinary Science. In addition, he is a graduate of the University of Florida College of Law. At UF Law he received the Presidential Recognition Award for Outstanding Achievement. Furthermore, at the University of Florida, he won election as Student Body Chancellor and chief justice of the Honor Court. Prior to his career in intellectual property law, he served as a felony criminal prosecutor for the 6th Judicial Circuit of Florida. Additionally, as a trial attorney, he conducted over fifty (50) jury trials to verdict as lead counsel.

Anton Hopen practices before the United States Patent & Trademark Office. In addition, he is admitted to all United States District Courts in Florida, the Eleventh Circuit Court of Appeals, and the Court of Appeals for the Federal Circuit. He is experienced in patent prosecution, trademark registration, inter partes review before the Patent Trial and Appeal Board and contested cases before the Trademark Trial and Appeal Board.

The Wall Street Journal and Money Magazine have recognized Mr. Hopen as an expert authority in intellectual property law. In addition, Mr. Hopen holds and “AV” rating by Martindale-Hubble. Significantly, this is the highest possible rating. Furthermore, he is Board Certified in Intellectual Property Law by the Florida Bar.

Anton Hopen has a broad technical background. For instance, he has prosecuted patents ranging from biotechnology to software and telecommunications. Moreover, he is versed in several programming languages, SQL Server and network infrastructure. In addition, he has written and licensed pharmacology simulation software to a wide range of customers. For example, these include medical schools, federal agencies, research universities and all branches of the armed forces.

Is your attorney acting as a lawyer or a counselor?

Lawyers know the law. Counselors know how to navigate it. Counselors make recommendations and stand behind them. You graduate law school as a lawyer. Only with experience, knowledge and courage...

The U.S. Patent & Trademark Office released new guidelines today to instruct trademark examining attorneys on how to handle digitally created or altered trademark specimens. I make the case this...