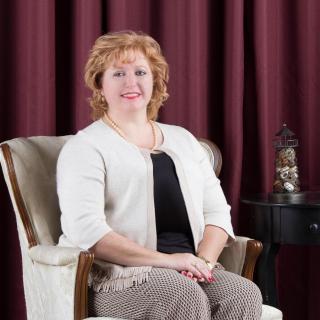 After graduating from St. Mary's University School of Law and being licensed as an attorney in May of 1998, Anne Ohlrich was commissioned as a Foreign Service Officer in January 1999. Anne served as a with the U.S. Department of State from 1999 to 2005 and was assigned to posts in London (Chief of the Visa Coordination Unit and Dept. Chief of the Immigration Visa Section), Brazil (Chief of the Consular Section), and Ciudad Juarez (Dept. Chief of Non-Immigrant Visa Unit) as well as the Bureau for International Narcotics and Law Enforcement Affairs in Washington D.C. Anne has been a professor at St. Mary's University since August 2005 where she has brought her practical knowledge to the curriculum of the Graduate Dept. of International Relations as well as the Undergraduate IR Dept. and the School of Law. During her tenure she created the student group the Organization for Conflict Diplomacy, founded and directed the Institute for Diplomacy and Strategic Initiatives, and created the Security and Intelligence Program. Anne has developed and taught courses in Diplomacy, The Global War on Terror, Human Trafficking, the Globalization of Crime and Transnational Criminal Organizations, and was commended for her work in September 2011 by the Office of the Director of National Intelligence Centers for Academic Excellence. Anne has presented on topics in Immigration Law for the American Immigration Lawyers Association, and on security issues with the U.S. Department of Homeland Security; the President’s Peace Commission at St. Mary’s University and conferences with the University of Texas Pan American, and has appeared as a source for international law and security on Texas Public Radio and Texas Week with Rick Casey.