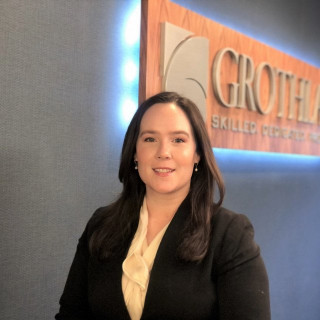 Anna, a native Wisconsinite, is a personal injury lawyer based in Wauwatosa, Wisconsin. As a litigator, Anna spends her time fighting for individuals, families, and communities who aren’t given a fair shake by insurance companies.

Anna grew in western Kenosha County, graduating from Wilmot Union High School in Wilmot, Wisconsin. After high school, she graduated from the University of Wisconsin at Madison with a Bachelor of Science undergraduate degree and was a several-time Dean’s High Honor recipient.

Anna attended law school at Marquette University Law School in Milwaukee, Wisconsin. During law school, she was a Dean’s List recipient, a CALI Excellence for the Future Award recipient (given to the student with the highest grade in a class), and an editorial staff member of the Marquette Intellectual Property Law Review.

Here at Groth Law Firm, S.C., we help plaintiffs in all areas of litigation and personal injury law. We know that the physical pain and emotional damage of injuries caused...