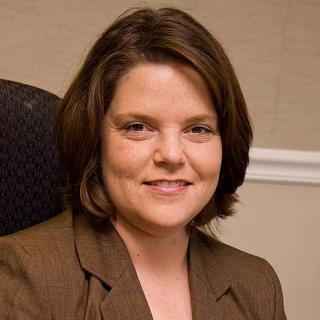 Ann Taliaferro is an associate attorney at Brown, Bradshaw & Moffat and has practiced law since 2000. Her practice includes criminal defense and criminal appeals. Ann received her Juris Doctorate from the S.J. Quinney College of Law at the University of Utah and was a William H. Leary Scholar. Ann was a staff writer and editor of the Utah Law Review for two years. She was also a member of the National Trial Team and a semi-finalist at the Traynor Moot Court Competition. Prior to joining Brown, Bradshaw & Moffat, Ann was a law clerk for the Utah Attorney General's Office - Criminal Appeals Division and the United States Attorney's Office. She also completed an internship at the Supreme Court of the United States, Office of the Curator. Ann is a member of the Utah State Bar and is licensed to practice before all Utah state and federal courts and the Tenth Circuit Court of Appeals. Ann is also a member of the Utah Association of Criminal Defense Lawyers and has served on the Amicus Committee since 2005. Ann also served on the UACDL CLE Committee from 2005 to 2008. Ann has been a CJA Appellate Panel Attorney for the Tenth Circuit Court of Appeals since 2007 and is currently serving as a member of the CJA Standing Committee. In addition, Ann is member of the National Association of Criminal Defense Lawyers. Utah Business Magazine named Ann as an "Up and Coming Legal Elite" in 2009 and 2010, and she has also been designated as a "Mountain States Rising Star" in 2009 and 2010 by Super Lawyers.