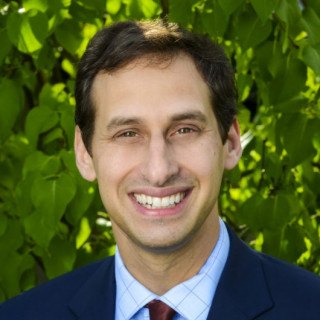 After graduating from Duke University School of Law in 1999, he spent more than six years honing his skills at the public defender’s office.

Since entering private practice in 2006 Andrews entire focus has been litigation. His victories include cases before juries, judges, and the New Hampshire Supreme Court. He defends criminal charges ranging from DWI to first-degree murder. He represents many injury victims, frequently obtaining significant settlements. He also handles numerous family court matters including successful resolution of custody disputes and high net worth divorces.

Over the years, Attorney Winters has earned a reputation as someone you want on your side in times of trouble.

Ravin Revisited: Do Alaskans Still Have a Constitutional Right to Possess Marijuana in the Privacy of Their Homes?
Alaska Law Review
November 23, 1998

Q. If there is a parenting plan in place but need to change it. The father is living in motels and I have a stable living
17 February 2019
A: The law allows you to ask to modify a parenting plan for certain reasons. The list of reasons is found in this statute: http://www.gencourt.state.nh.us/rsa/html/xliii/461-a/461-a-11.htm Here is a list of court instructions on how to file a petition to modify https://www.courts.state.nh.us/fdpp/servicecenters/checklists/checklistfiles/Petition-to-Change-Court-Order-Checklist.pdf And here is a link to the petition form itself: https://www.courts.state.nh.us/forms/nhjb-2062-f.pdf Also, in cases of a true emergency you can file what is called an ex parte petition. The juge will only allow that in cases of a true emergency. The instructions for that are: https://www.courts.state.nh.us/forms/nhjb-2076-f-instructions.pdf

Q. Can I represent a friend in a New Hampshire court of law?
17 February 2019
A: Theoretically, the law allows for this. Read RSA 311:1: http://www.gencourt.state.nh.us/rsa/html/XXX/311/311-1.htm HOWEVER, I would never recommend this to either the potential litigant or the person thinking about representation this way. It is very likely to end badly for all involved. If you are interested, there was a fair amount of press and legal opinions on this issue about 15 years ago involving a non-lawyer named Theodore Kamaskinski in New Hampshire. Just google it. The exception might be a family member helping with a minor matter like a speeding ticket or a small claim where hiring a lawyer is not cost effective. Even then, be very careful.