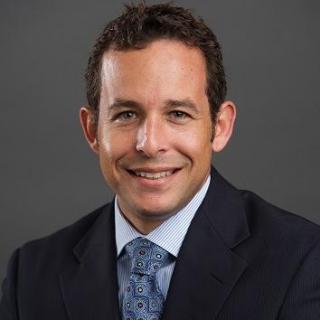 Andrew Moses attended the University of Florida as both an undergraduate and law school graduate student. As a law student he began practicing criminal law. He devoted much of his final semester of law school as an intern with the State Attorney's Office in Alachua County.
Andrew has been practicing criminal law his entire career. After graduating from law school he began working as an Assistant State Attorney prosecuting cases in Orange County. During his time as an Assistant State Attorney, Andrew handled all types of cases ranging from misdemeanors to such serious felonies as drug trafficking and armed robbery. His experience as a prosecutor helped him gain perspective of the criminal justice system and how the government established its cases.
After serving the community as a prosecutor for over three years, Andrew along with Jay Rooth established the law firm of Moses & Rooth PA. As a defense attorney, Andrew has taken great pride in representing those accused of crimes during this most trying period. He has the knowledge and the drive to ensure that those he represents have their constitutional rights protected.

Blog
If an Alleged Victim of Domestic Violence Doesn’t Testify in Court, What Happens to My Case?

Q. I recently had my criminal case closed the judge ordered me probation and that my record be "held from adjudication"
April 19, 2019
A: It sounds as if the judge "withheld adjudication". This means that you are not convicted of the crime. A background search will most likely show this arrest. However, you may answer that you have not been convicted of a crime. Additionally, you may want to consider sealing your record if you successfully complete the probation and are otherwise eligible.

Q. If I was with someone when they were charged and arrested for things that didn’t apply to me, am I considered a victim?
March 25, 2019
A: You would know if you were a victim of a crime. Simply being present when someone is arrested does not make you a victim.