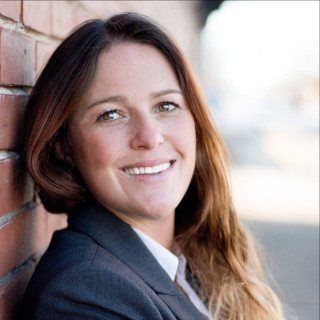 Amanda Altman was raised on a farm in the small town of Gillespie, Illinois. She graduated valedictorian of her high school class in 1999. After graduation, she enrolled in the University of Illinois in Champaign-Urbana and earned her Bachelor of Science degree in Psychology in just three years. After much consideration into her career choice, Ms. Altman decided to pursue her dream of becoming an attorney and attended St. Louis University School of Law, graduating in the fall of 2007.

Ms. Altman has a passion for helping the downtrodden. After law school, she primarily focused her legal practice on criminal defense, working many years for the Missouri State Public Defender in Jackson, Missouri. With this penchant for helping those in need, she has since went into private practice and expanded her practice areas to include workers’ compensation, social security disability, and personal injury.

Criminal defense has helped hone Ms. Altman’s litigation skills. She has tried dozens of cases to both a jury and a judge. In addition, she has negotiated thousands of criminal and civil dispositions to the benefit of her clients. In fact, she has been told on several occasions that she is a “bulldog” in the courtroom. She fights tirelessly for her clients whether it be inside the courtroom, within her legal writing, or behind the scenes in negotiations. Ms. Altman is admitted to practice law in Missouri, Illinois, the Eastern District of Missouri, and the Southern District of Illinois. Ms. Altman practices as “Of Counsel” in the firm's Cape Girardeau office.

Ms. Altman lives in Cape Girardeau with her husband and three sons. She enjoys baking, traveling, and spending time with her friends and family.