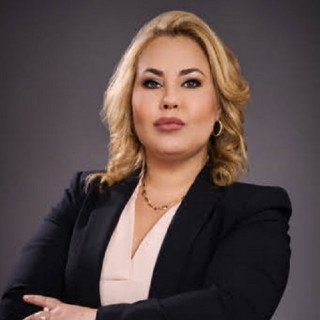 I founded Nava Law Texas and practice in the areas of criminal defense, including DWI defense. As a former prosecutor for the 34th Judicial District Attorney’s Office in El Paso, Texas, I successfully litigated hundreds of cases involving DWI, Possession of Drugs, Sexual Assault, Kidnapping, Possession of Child Pornography, Assault Family Violence, Injury to a Child, Capital Murder, and other offenses listed in the Texas Penal Code. I have fought my entire career to ensure that every individual is treated fairly and with dignity and respect.

I received my undergraduate degree of Bachelor of Business Administration from Texas A&M University where I graduated cum laude in May of 2008. I then attended the University of Texas School of law in Austin Texas. It was here that I served as a student attorney in the Criminal Defense Clinic representing indigent defendants charged with DWI, possession of controlled substances, and theft. As a student attorney, I also served in the Juvenile Justice Clinic representing juveniles in detention hearings and adjudications. At that time I learned that I had a passion and knack for being in the courtroom. I received my Doctorate in Jurisprudence in May of 2011 and was admitted to the Texas State Bar in November of 2011.

I am an active member in the Junior League of El Paso, a women’s organization committed to promoting voluntarism, helping women develop to their best potential, and improving the community through effective action and the leadership of trained volunteers. I am also a former president of the El Paso Young Lawyer’s Association and the El Paso Women’s Bar Association. I also coached the Franklin High School Mock Trial team in both Regional and State Competitions from the Fall of 2014 to the Spring of 2017. I helped these students learn and analyze the facts of the case study presented, created strategies for trial, and taught the rules of evidence.

The University of Texas School of Law
2011