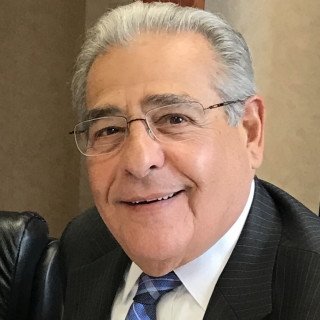 Family law attorney Allen M. Kirshenbaum, in practice for more than 40 years, is the founder and senior partner of Kirshenbaum Law Associates, Inc. His law practice focuses on all aspects of family law. Mr. Kirshenbaum has won numerous appeals in the Rhode Island Supreme Court, a number of which have expanded case law on cutting-edge issues involving pensions and business valuation in connection with the division of assets. He has had a significant impact on the manner in which family law is practiced in the State of Rhode Island. Mr. Kirshenbaum received an AV Preeminent(TM) rating from the Martindale-Hubbell® Peer Review, the highest rating given for ability and ethical standards, reflecting his expertise, experience, integrity and overall professional excellence. He has also received the highest rating available for client reviews and is listed in the Bar Register of Preeminent Attorneys in the country. Kirshenbaum is part of a select group of lawyers recognized as a Top Lawyer in the Greater Boston Area and one of New England’s Top Rated Lawyers.Kirshenbaum has been quoted in Newsweek magazine, The Providence Journal-Bulletin, the American Bar Association Journal and Rhode Island Lawyers Weekly. He has appeared on television and radio programs to speak about family law issues and has lectured on Federal Income Taxation at the University of Rhode Island. He has also lectured for the National Business Institute,the Rhode Island Bar Association and the Edward P. Gallogly Rhode Island Family Law Inn of Court where he is a Master. He served as a mentor to new family law attorneys in Rhode Island. He has been a member of the Family Court Bench/Bar Committee since its inception and is a member of the committee that designed and implemented the child support formula for Rhode Island. Mr. Kirshenbaum received an Award for his work with the Rhode Island Bar Association’s Program in Family Law. He is a Lifetime Fellow of both the RI and American Bar Foundations.