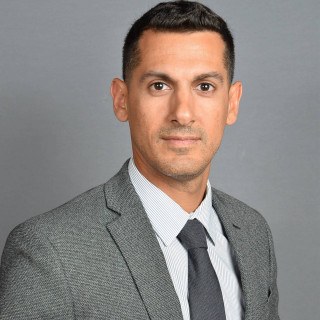 Alain was born in Royal Oak, Michigan and raised in Southern California. He attended the University of California, Los Angeles (UCLA) where he majored in English and received a minor in Political Science. During school Alain clerked at law firms in both Newport Beach and Beverly Hills.

Alain went on to work for a personal injury firm in Orange County. Several years later, Alain decided to go back to school to become an attorney.

Alain attended the Dale E. Fowler School of Law at Chapman University, where he received his Juris Doctorate with an emphasis in Client Advocacy and Alternative Dispute Resolution. While there he received CALI awards, given to the student with the highest grade in the class, for Client Interview and Counseling, as well as, Arbitration Law.

Upon passing the bar, Alain decided to parlay his experience into creating a law firm that emphasizes the individual above all - treating each client as a person and not merely as another case.

Alain is a graduate of the OCBA’s College of Trial Advocacy (COTA)and is licensed to practice in all California state courts and the United States District Court for the Central District of California.

In his free time Alain enjoys playing soccer, participating in outdoor activities, and spending time with family and friends.

Why You Need Car Insurance - Even if the Accident if Not Your Fault
Kinaly Law
April 9, 2020