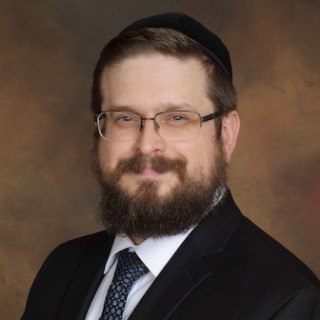 Settling a loved one's estate often appears to be a daunting process. Mr. Bloomenstiel works with his clients and the heirs to find simple, straightforward, and cost-effective solutions to even the most complicated probate situations.
Examples of some of Mr. Bloomenstiel's recent cases:

- $3,800,000.00 estate involving property of a person who died over 30 years ago. The heirs had been unable to take possession of the property due to a dispute over the identity of the Decedent's heirs. The dispute was resolved, the correct heirs determined, and the property distributed to those heirs.

- An heir fraudulently transferred estate property away while her mother was still living, but suffering from dementia. These transfers were only revealed after the mother died. Mr. Bloomenstiel had the transfers declared invalid, returned the property (5 houses) to the estate, and had the assets distributed to the mother's heirs according to the terms of the mother's will.

- $1,400,000 estate involving an elderly couple who had put their property into a trust and were later found incapacitated due to Alzheimer's. The original trust documents were lost, and it was unclear who was to manage the trust assets. Mr. Bloomenstiel managed to reconstruct the terms of the original trust from various financial documents. The court approved this reconstruction of the trust's terms and confirmed a new trustee to make the funds available for the care of the elderly incapacitated couple.

- $750,000.00 estate in which the original, handwritten will was destroyed by a disinherited heir. Mr. Bloomenstiel successfully admitted a photo copy of the handwritten will to probate and had the deceased's property distributed under the terms of the will, blocking the disgruntled heir's plans to sabotage the estate.

Attorney at Law
Vecchio | Bloomenstiel PLLC
2019 - Current
Partner in a firm established to meet the needs of financial planners, retirement planners, their clients, and individuals. We handle estate planning, probate, and bankruptcy.

Top Probate Attorneys in Allen, Texas
Expertise.com
2021
Ranked as one of the best probate attorneys in North Texas.

Texas Probate FAQs 4: "Should I set up a trust to avoid probate?"

In some states, probate is your friend. In others, it is your enemy. What about in Texas? See this video for more info on whether or not...

Texas Probate FAQ's 2: "My mother died and left a will. Do I need to have it probated?"

We get this question A LOT. The default rule is that if a person dies leaving a Will, that Will needs to be probated. There are a...

When an individual dies in the state of Texas, his relatives DO NOT have to pay his debts. In theory, the decedent's debts are only paid from the deceased...

Texas Bankruptcy Myths & Facts 2: "Do I make too much money to file for bankruptcy in Texas?"

Is there an income limit for filing bankruptcy? The answer is "No!" There is no income test for being eligible to file for bankrupty. However, your income...

Texas Probate FAQ's 1: "What is a Will and who needs one?

There are a lot of misconceptions out there about what a Will is, what it does, and who needs to write one. In this video, our managing partner breaks...

Texas Bankruptcy Myths & Facts 1: "Will I lose everything I own if I file for Bankruptcy?"

We get this question A LOT. The good news is that most people who file for bankruptcy in Texas are able to keep most if not all of...

Q. A friend has 2 companies under her LLC. I want to start a third business under her LLC. What would it take?
January 22, 2019
A: Thanks for your question. Unfortunately, this is a difficult question to answer without more information. It would help me to know the type of LLC your friend has and what ownership or relationship your friend's LLC or other two companies under it will have with the new business that you want to start. Speaking very generally (and making a lot of assumptions), if your friend has an LLC that operates several businesses under it, then her LLC is likely classed as a "series LLC." This is a special business form in which a parent LLC owns or operates smaller sub-LLC's. If that is the case, then starting a new LLC under the parent LLC should be relatively easy. However, your sub-LLC cannot be wholly independent of the parent LLC. It will have to have some legal relationship with the parent LLC. For example, the parent LLC and you could me members or managers of the new sub-LLC. I would suggest that you discuss what you want to set up with a business formation & planning attorney who can help you to make the best decision for your needs. There may be other options that would serve you better in the long-term. Good luck and much success to you!